There are educational courses and there are inspirational courses. I had the opportunity this weekend to participate at BASE Camp. The brainchild of Kevin Ching, it’s an amazing and unique two days of education.

For those of you who don’t know about this great opportunity, it is, as the website says:

a high-intensity, fully immersive weekend of simulated pediatric emergencies where fellows and nurses work together in multidisciplinary teams to manage critically ill and injured children and adolescents

BASE Camp certainly lives up to this, but perhaps the best aspect of the course is the amazing feedback participants get after each case.  By the end of the second day it was moving to see the sense of common purpose and renewed enthusiasm for what we do every day that was clearly visible in all the participants. As I said, there are educational courses and then there are inspirational ones.  This one is definitely both…

#Postcard from the ED

Posted on November 9, 2015 by jstgeorgemd

After two wonderful years in Hawaii, I’m returning to New York to take up new clinical and educational challenges.  Before I do, I thought it was appropriate to send one last “postcard from the ED”. This one comes from a case that reminded me that when it comes to decision rules, “there are more things in heaven and earth…than are dreamt of in your philosophy.” Here it is:

A 38 year old surfer comes into the ED by private vehicle. He was driven by a friend to get some pain medication for “spraining my neck”. After being hit by a large wave and tossed around he felt a pop and began to notice severe pain in his neck. At first he tried to paddle back out, but the pain forced him to come to the beach.  After about an hour the pain had not improved and he decided he needed some stronger pain medication.

He had no other injuries, no focal neurologic deficits, and had not been drinking. On examination he had no change in his level of consciousness, he had a normal neurologic exam.  The location of his pain was para-spinal located in the upper cervical muscles by the occiput, and he said “his throat hurt”. He was unable and unwilling to rotate his neck in any direction.

Based on NEXUS this patient could have potentially been cleared clinically.  However, having lived in Hawaii for some time, I have learned to respect the power of the ocean. For me any surf related injury is a high risk mechanism until proven otherwise. If you were not to treat this as a high-risk mechanism and were using the Canadian c-spine rule, you would have gotten to the “able to rotate neck” part before slapping that cervical collar back in place, which is what I did.  Below you can see the reformatted image of a C1 fracture. The patient was accepted for transfer to the trauma center, where he was treated and released with no neurologic deficits.

In hindsight I believe the absence of midline tenderness was due to the extreme amount of soft tissue pain he was in, and the muscular splinting of his unstable C1 fracture. To me it could have counted as a distracting injury however I’m not sure I’ve ever considered para-spinal strain as a distracting injury. Maybe it is a flaw in the language, since the word distracting means “taking your attention elsewhere”. This implies that the pain should be somewhere other than the neck.

Other than mechanism, the real red flag for me was his unwillingness to move his neck. In my experience the alert patient with an unstable c-spine fracture DOES NOT want to move!!!  I’ve also come to realize, working in rural community hospitals here in Hawaii, you paradoxically see more of the isolated serious walk in traumas than you do in a major trauma center. Often the rules of tertiary care practice do not translate. Here are some of the key take away points for me in this case.

Postcards from the Emergency Department (Hawaii)

There has been some recent trauma literature suggesting that these rules don’t apply to trauma activation criteria patients, This was a reminder that they do not always apply to non-trauma activation patients either. We teach these clinical decision rules, but it is imperative that we also teach the inclusion and exclusion criteria used in the studies, the potential flaws in the human application of these rules, and the limitations of all studies to be generalizable to all patients, so that we can better decide if they apply to the patient in our ED at any given moment.

Finally, if you do use the rules I would consider the combination of NEXUS and Canadian algorithm.  Dr Scott Weingart has a compelling argument and a nice diagram showing how the two can work in synergy.  In this case my patient would have also failed to be cleared clinically based on the combined rule.

The EMBER is a small bundle of free open access resources to deepen your knowledge. Thanks to all the educators out there putting time and energy into teaching others.

I was going to use this post to talk about potential spaces in the body until I made the mistake of mentioning it to a surgical friend of mine (yes, I have them) who got all upset that I was really talking about a compartment and not a potential space (apparently I’ve been inappropriately mixing anatomical spaces my entire career). While the definition of a compartment versus a potential space is still debated hotly among anatomy nerds (yes I called you a nerd), for an EP there’s nothing like a dramatic case to remind you that not all potential spaces (or compartments or whatever, hey will you relax please?) are created equal.The elderly and morbidly obese often have a lot more “potential” to extravasate into these spaces.

In the case pictured here, a minor fall in a small woman with abundant loose adipose tissue in her arms led to substantial blood loss before spontaneously rupturing through the skin. She arrived to the ED in class III hemorrhagic shock.

So I guess if you want to be clear about it, old people on Coumadin have a lot of “potential” to bleed copiously into what seem like rather small compartments.  Okay there, does that make you happy?  I know it does.

If you would like to review the difference between a compartment and a potential space here is a mind-numbing review for you. Anatomical spaces: a review. Newell RL. Anatomy Unit, School of Biosciences, Cardiff University, UK. Newell@cardiff.ac.uk

Posted on December 5, 2012 by jstgeorgemd

The Heel Bone’s Connected To

The EMBER: Here is a nice blogpost from someone who went through the experience.  Sometimes a well told patient story is better than any textbook.

“Somewhere out there is a collective wisdom about our daily clinical practice that brings us all closer together; working for the common cause of being better, wiser, and happier caregivers.” EMBER Project Presentations Are On 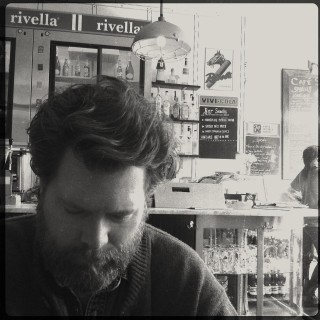